New Release- Time is Ticcing Away by Chris Mason 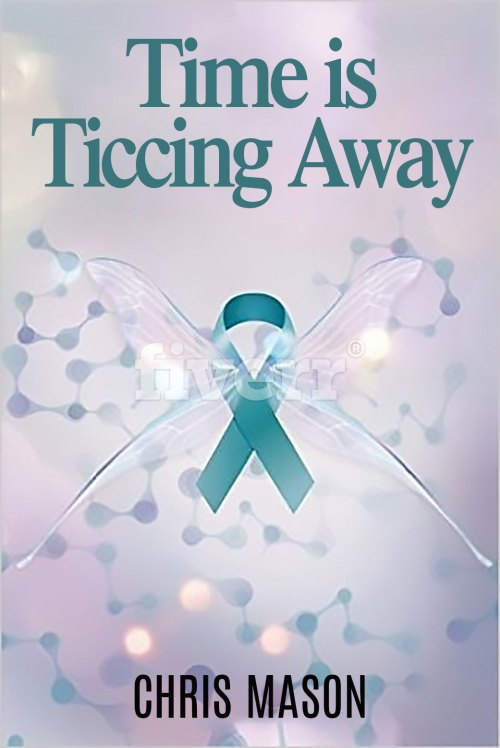 What is Tourette syndrome (TS)? To people who do not have it, it is
probably not what they think. To fully understand this baffling disorder
you must be afflicted with it. There is no other way. Even then, there
are no guarantees. The everyday feelings and urges to perform the
tics that are symptoms of TS are unlike any that a person without TS
could imagine. There are as many cases of TS as there are people who
have it. No two cases are exactly alike. This book was put together in
order to raise awareness for TS. After reading the stories you will not
totally understand TS. That is a given. It is my hope that the readers will
understand it just a little bit better. Even if just one person learns more
about TS or gains a greater understanding of TS as a result of reading
this book, it will be well worth the time and effort it took to write it.
Tourette syndrome is an often, misunderstood neurological disorder.
The main symptoms are what are called “tics”. A tic is defined as an
involuntary, sudden, rapid, repetitive, unbalanced, motor movement or
vocalization. The tics occur many times a day, nearly every day.
The most common motor tics are rapid eye blinking, shoulder shrugging,
squinting, and facial grimacing. Some of the less common tics
include grinding teeth, neck jerking, flailing arms, biting nails, and toecurling.
The most common vocal tics are throat clearing, sniffing, grunting,
coughing, and stuttering or stammering.
There are a few important facts about TS that are important know.
Up to one in 100 schoolboys have some form of TS. Three to four males
have it for every female. The diagnosis is often missed. TS symptoms
usually decrease with age, but not always. TS is an inherited disorder.
vii
Learning disorders, panic attacks, school phobias, speech problems, and
sleeping problems are common too.
People with TS usually also have either ADHD (Attention Deficit
Hyperactivity Disorder), or OCD (Obsessive Compulsive Disorder). Many
people with Tourette’s have both of these accompanying disorders.
When most people think of TS they think of the disorder where
people with it swear uncontrollably and profusely. This symptom of TS
(coprolalia) is the easiest symptom to recognize, but it is also the rarest.
It is important to remember that coprolalia is present in less than twenty
percent of TS patients.
Most people with TS, when describing a tic, say that they feel a
sudden tension building up that must be relieved by performing the tic.
Tics are suppressible for varying lengths of time. The longer the tics are
suppressed the more the tension builds up and the more there is a need
to release them.
Another major characteristic of TS is a waxing and waning of the
symptoms. This includes both a change from one tic to another, to the
complete disappearance of symptoms for varying periods of time.
The tics usually begin during the ages of five through nine, but
symptoms can start at any time. There have even been some cases where
they started late into adulthood.
While motor and vocal tics are the main symptoms used to make
a diagnosis, and they are what are most identified with TS, there are
many other problems that can be associated with it, the main of which
are behavior related.
The people with TS who suffer from these behaviors are often angry,
argumentative, and confrontational. Everything has to be their way or
is someone else’s fault. One minute they’ll be fine and the next minute
they’ll be in a rage. They tease their siblings relentlessly. They have
a short temper, smart mouth, talk back, throw temper tantrums over
nothing, and won’t take “no” for an answer. Many of them lie and steal
viii
too. Of course, it is difficult to tell if a person’s TS is causing these
behaviors or something else is, but many studies of TS patients have
shown that these behaviors are much more common in them than in
people without it.