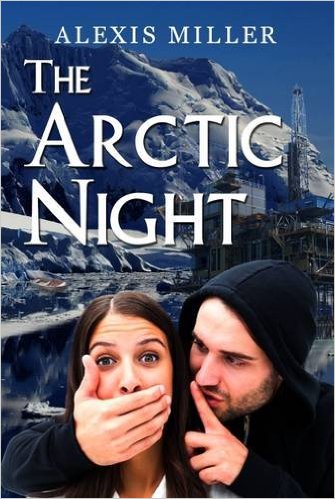 Arctic Night is an action-packed thriller, full of international intrigue. Follow Max Orloff, a diplomat and playboy, from Norway to Russia to Geneva to New York, as he battles the evil within himself and the consequences of that evil on the world. Caught in his plans are Arctic Shipping’s owner, William, and his wife, Ingeborg. Suspense rises when illegal weapons are found on a ship belonging to William Nordholm, which he immediately investigates. This proves to be a decision that introduces him to his own mortality. The beautiful lawyer, Victoria Bech, suspects Max of the murder. Add in Greenpeace activists, nuclear waste and Interpol, an environment twist, with a series of sizzling sexual encounters. Like a spider web, Arctic Night shows the interconnectedness of a group of people pulled together by fate – many by a single decision – in to a world where the stakes are high, the consequences higher and everyone is changed in the end.

This title is now Available.    A Review from Goodreads:
Jake Fowler
Jan 22, 2016 – Jake Fowler rated it 4 stars out of 5
This story is an action packed thriller filled with sophisticated characters and an international jetset-esque backdrop right out of a good James Bond movie.
Lively prose makes this suspenseful plot a page turner, from the moment I started reading it.
Many times, if this were later made into a movie, the usual parlance by voracious readers like me is: “The Book is better than the movie.”
While this could be adapted for a screenplay and be a pretty good film, something would be lost because you can’t get immersed in a movie the same way you can in a book, since you can’t use your imagination the same way